Judith Blake: Demographic Science and the Redirection of Population Policy

Michael Young is listed as a source in the Jaffe memo table, in particular his remarks at the “NIH Conference” in June, of 1967.  Bernard Berelson references the same remarks in his article, “Beyond Family Planning.”  Evidently, a full transcript exists, but Young’s remarks are summarized in the Conference Report, which is what Berelson cites in his article:

Michael Young is known as the author of the book “The Rise of Meritocracy.”  He is not pleased with how the ideas described in that book have been appropriated.  In light of his article denouncing modern meritocracy, consider this from Julian Huxley.  Other articles in Young’s corpus may give us further light into Young’s attitudes.  Young’s 1969 “Some Alternative Types of Family Structure” is probably very interesting in this context, if someone were able to find it.

Here is the summary of Michael Young’s remarks that Jaffe and Berelson referenced, from the October 1967 edition of Studies in Family Planning:

Not surprisingly, Bernard Berelson, the recipient of the memo, was chair of the conference, and almost certainly present for the conversation: 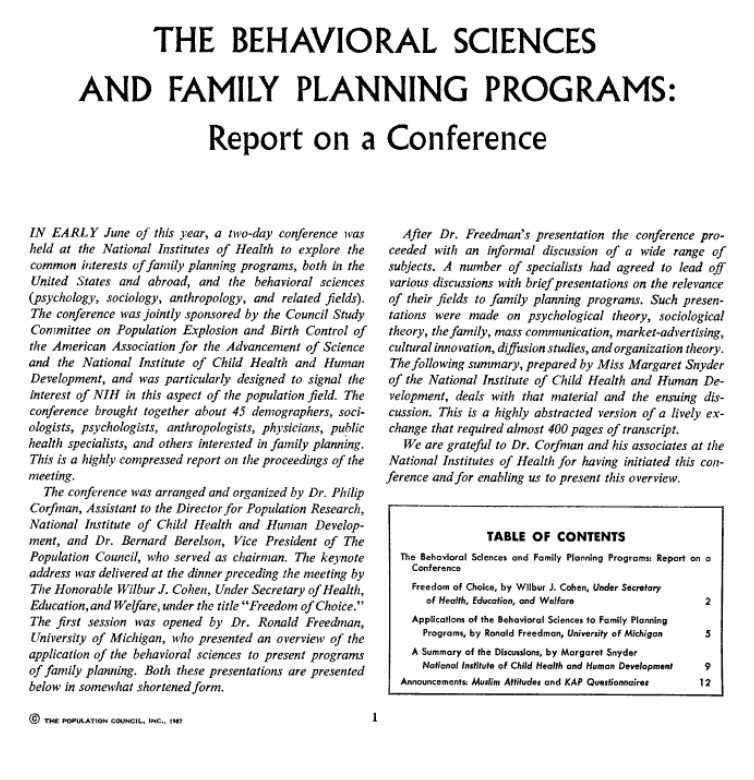