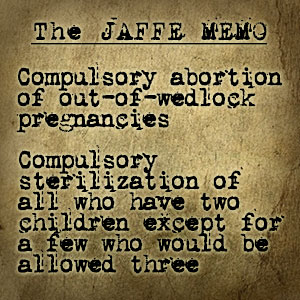 The ‘Jaffe Memo’ is an infamous document produced by Planned Parenthood in 1969 which, in a single page, conveys the lengths that elitists are willing to go to ‘manage’ the U.S. Population.

Planned Parenthood portrays itself as an advocate for women’s rights and autonomy and sexual freedom, but items on the list reveal a different story.

How to reduce the population of the United States? Here are some of the ideas that were on the table:

Not exactly the sorts of things consistent with ‘autonomy’! 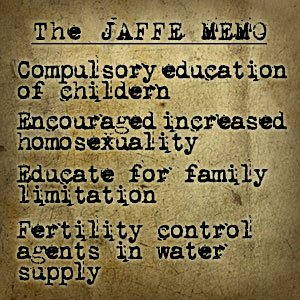 he ‘memo’ is a synthesis of a number of ideas then in wide circulation, both inside and outside of Planned Parenthood. Because of its concise summary of these ideas, the memo serves as a useful illustration of a whole range of disconcerting policy considerations. The memo itself indicates that it was “derived primarily” from people such as M. Young, W. Shockley, L. Day, and others.

Circumstances that unfolded in the United States shortly after the memo was circulated privately strongly suggest that some of these proposals, at least, were implemented. Whether or not they were implemented because of the advocacy of Planned Parenthood’s ‘Population Control’ division (Frederick Jaffe being in charge of that division), is not the concern of this site.  That said, the reader should be aware that these organizations are very aware of their complicity in such schemes, and have been active in trying to alter the record.  As it pertains to this memo, Jaffe’s own son, David Jaffe, has been active on the Internet whitewashing the record regarding his father.

Tracking the deliberate attempts to obfuscate the record is not the point of this site.  Rather, informing people of the existence and content of the memo, and raising reasonable suspicion that Planned Parenthood and its ilk is not how it presents itself, that is the purpose of this site. Still, documentation may be provided as it comes available to substantiate those suspicions, and the public is invited to provide their own.

Questions may be directed to Dr. Anthony Horvath, the curator of this site, here. 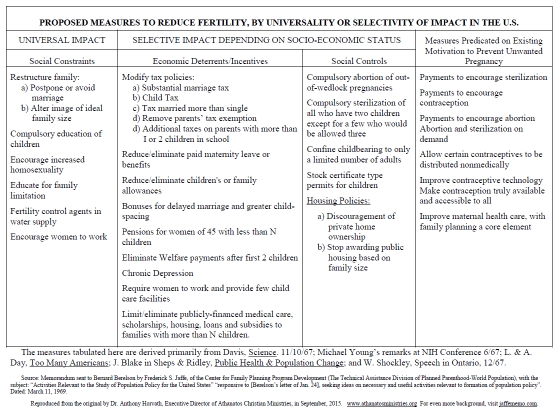 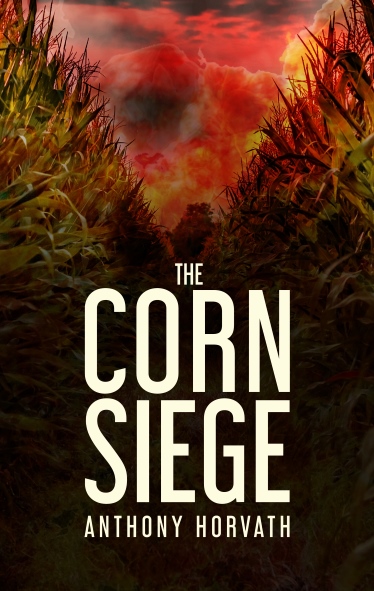